What is it like to live in one general community for 53 years?

While I have had a residence in Cobb County for 53 years, spreading my wings and seeing the world was and is, how I like to express myself.

Born in Atlanta’s Crawford Long Hospital in 1967 meant that the Atlanta Braves had just finished their first season, moving from Milwaukee, Wisconsin in 1966. https://www.georgiaencyclopedia.org/articles/sports-outdoor-recreation/atlanta%E2%80%93fulton-county-stadium#:~:text=Atlanta%E2%80%93Fulton%20County%20Stadium%20%28known%20as%20Atlanta%20Stadium%20from,were%20finished%20in%20time%20for%20the%201966%20season.

I was watching on a television set in Mableton when Hank Aaron hit his 715th homerun to over come Babe Ruth’s record that was supposedly going to stand forever.  Being in the stadium when Pete Rose’s 44 game hitting streak was ended, was another thrilling moment in Atlanta sports history that being from this community afforded to witness.  The years of the Braves being perennial pennant winners, and world series runner’s up, was another joy.

Our community benefits by being the “bedroom” community to the busiest Airport in the world.  It is also the home to sports franchises of Atlanta United, Atlanta Falcons, Atlanta Hawks, and now the home of the Atlanta Braves.  We have known franchises of the NHL in the Atlanta Thrashers and before them the Atlanta Flames.  This gives us the global marque, yet a tranquil place to raise your family.

There was a time when the Kentucky Fried Chicken https://en.wikipedia.org/wiki/Big_Chicken on Cobb Pkwy was an extremely BIG deal.  The owner has restored the functionality of the eyes on the giant domestic fowl.  However, thanks to modern technology, the community rarely references the landmark as “go to the big chicken and take a ….” Anymore.  Few realize that this was the air control navigational beacon for Dobbins Air Base back in the day.  We would actually have tremendous air shows from the Blue Angels https://www.blueangels.navy.mil/, and the Thunderbirds https://afthunderbirds.com/site/show-season/ that would be an annual entertaining event.  That was prior to the Cobb Galleria https://cobbgalleria.com/ being a home to more than 4,000 workers who commute from our community to work every day.

Looking back as to what it was like in Southeastern Cobb County, and Northeastern Cobb County during the 1970’s and 80’s, it was like a very different world than today.  In 1970, when I was just brought into this community, there was less than 200,000 people residing in Cobb County.  Today, https://www.worldometers.info/ the population of Cobb is over 760,000.  This means that the infrastructure that served one group of people, is not capable of serving the other.  And the future of the greater Atlanta area is set to receive possibly 4,000,000 more inhabitants over the course of the next decade.  That will double the size of the entire current state of Georgia.

Another “mind blower” is to go to the top of Kennesaw Mountain and peer down upon the skyline of downtown Atlanta.  During the Civil War, the battle that was fought on those battle fields demonstrate a memory of our society that is difficult to put into perspective.  This was a time when Marietta was more populated than what has become Atlanta.  At the beginning of the war, Atlanta had a population of… well isn’t that a question more than a statement?  https://en.wikipedia.org/wiki/Demographics_of_Atlanta#Sexual_orientation_and_marital_status

The statistics of Atlanta, and the history of America seems quite fluid if you are my age.  One must realize that, while the population reportedly was about 2,000 people at a place originally called Terminus, then Thrasherville, now Atlanta, that was for white people.  The statistics were not clear how many Americans of color were living in that area.  However, 4,000 soldiers were killed in 1864 at the battle of Kennesaw Mountain.  The remains today, are a network of jogging, and biking trails that allow those ambitious trail runners to run about 20 miles without encountering automobiles.  https://www.atlantatrails.com/kennesaw-mountain-trails/#:~:text=%20Kennesaw%20Mountain%3A%20our%20favorite%20hikes%20%201,the%20mountain%E2%80%99s%20lower%20elevations%20on%20a…%20More

For runners new to the community, the Atlanta Peachtree Road Race has been the largest 10K road race in America.  That is traditionally held on July 4th in Buckhead and ends in Piedmont park.  https://www.atlantatrackclub.org/peachtree

And the big turkey eaters must enjoy themselves with the Atlanta Marathon that is traditionally held on Thanksgiving.  This allows you to eat all you want on that big day.

Growing up in the Cobb County area has been one of outdoor activity.  Rafting down the Chattahoochee River, Riding bikes on the trails around the Chattahoochee, Kennesaw Mtn, and the Silver Comet Trail are great family events.  http://www.silvercometga.com/, https://www.nps.gov/chat/index.htm  . And team sports in the local communities could not be more intense.  East Cobb baseball was something I was a part of from age 12 to age 15.  It was a struggling travel baseball program that grew into something today that places more players in Major League Baseball than any community in the world.  While about 100 teams make there home at the complex of AstroTurf fields known as ECB, the developed community of travel baseball allows young people to play in more than 100 youth baseball games per year today.  https://eastcobbbaseball.com/   And baseball is but a tip of the iceberg of youth development activities.

Basketball, Cheerleading, Volleyball, Lacrosse, Football, Soccer, horseback riding, golf, skeet shooting, rowing, Mountain Bike Racing, Gaming, Tennis, Dance, Wrestling, and Running, all have their established competitive leagues for someone to find their own place to build community.  Greater East Cobb is a place where people can make a very active lifestyle for themselves if they choose.

The Cobb County school system https://www.cobbk12.org/_ci/search?q=total%20students&t=page, with 111 schools and 107,309 students, will not look the same in the future.  And that could be some great news.  Our school system has adapted and responded to the COVID-19 challenge by having both virtual and face to face offerings.  Our sports programs have been able to pull together activities that are similar experiences to keep our young people engaged and active during a time of challenge.  When you live in a community that forms an isolation, it is great to also have activities to allow for interaction.

What has occurred over the 53 years of my life has been some tremendous development of multimillion-dollar facilities at our area high schools, and introductions of sports such as Cheerleading and Lacrosse that just didn’t exist back in the day.  My own experience, working with the Georgia High School Coaches Association and the local school system to get Cheerleading recognized as a Sport in 1992, has brought the acknowledgement of gender equity as being an important issue here in Cobb County.

The current GDP of Cobb County is around $385 Billion.  This community is extremely active in producing jobs and supporting those businesses with current and future talents that run that economic engine.  That is something that draws people to want to live here.  Our natural resources of parks, rivers, mountains, and trails are what allow our community to really live.

Consider who to consult with about your most strategically important asset in your investment portfolio, your home.  What is going on today is a mirror of what has occurred over history.  While things develop and change, there are telling signs based on the past that led us to understand why growth will occur where it does.  Please utilize my experience in building a community that so many want to come to and stay for a lifetime. 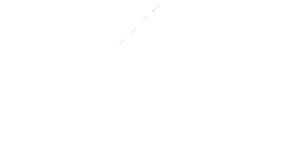